You have never heard an interview with Catherine Austin Fitts like this before in this special extended Dark Journalist episode!
Join Dark Journalist as he welcomes back Former Assistant Housing Secretary and Financial Expert Catherine Austin Fitts for her sixth appearance on the show. In what will be remembered as the most amazing, insightful, gripping, stunning and controversial Dark Journalist episode on record, Catherine reveals that her deep research has shown that America is now at a major crossroads and has two choices for the country that we will become by the year 2020: Creative Freedom or Mechanized Tyranny, there is no third way.

The Ultimate Catherine Austin Fitts Interview!
Catherine exposes globalist forces that operate at covert levels throughout our society in corporate, government and institutional roles. She has dubbed this group ‘Mr. Global’ and she had a chance to witness their clandestine actions up close when she worked in the halls of government as the Assistant Secretary of Housing and Urban Development during the Bush Sr. administration and as a Managing Partner at Monolitic Wall Street Firm Dillon Read & Co.

America 2020
With this great experience she has learned to interpret geopolitical, societal and economic trends that show the design of Mr. Global’s Master Plan and it is very unnerving: Mechanization, AI, Robotics, Centralized Control, Domestic Militarization and Surveillance, GMO Agriculture, Black Budget Drain on Resources, and reducing the thriving middle class to spectators to their own debt slavery. She outlines the dangers of Common Core as a way to turn American children into Servile Robots who can’t respond to social interaction, but are primed to be programmed and harvested by Entrainment Technology on their smartphones that can devastate their creativity and capacity for mental growth and self determination.

The UFO Economy
Catherine and Dark Journalist deeply investigate the untouchable subject of advanced UFO technology and surmise that whoever is operating that technology has a major role in controlling the power structure on planet earth today. By developing a Secret Space Program, these covert groups have diverted trillions of missing dollars from the American Economy to create a UFO Economy via the Black Budget and are creating a huge Breakaway Infrastructure in Space, but why? What is really happening in our solar system and why has this paranoid secrecy became a way of life for the National Security Deep State?

Fitts sees one last chance for the American Middle Class to rise up and expose the forces that are marshaled against them and their children and she explains what the dangerous stakes are if America fails and gives us a glimpse of the dystopian future world we will inhabit unless the game and the invisible players inside the matrix are exposed. She explains the objective, balanced attitude we must hold and what actions we must take to regain our power from corporate and media overlords that are linked to covert intelligence agencies that want to consolidate power quickly before the sleeping giant of the American People wake up and demolishes their plans for world domination!

America 2020: Will it be Creative Freedom or Mechanized Tyranny? 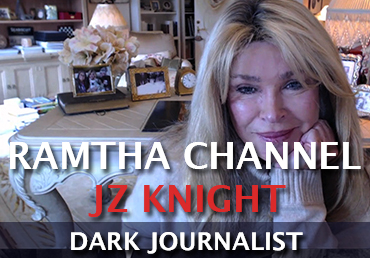