Dark Journalist Daniel Liszt presents the groundbreaking X-SERIES that follows the X Steganography through the history of Political and Covert groups coordinating in a Stealth fashion the Secret work of the Mystery Schools X Technology.

Watch all 25 Episodes Below! 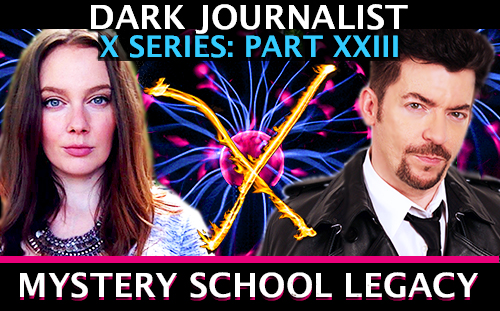 In this special episode Dark Journalist is joined by Intuitive Coach Gigi Young who explores the methods used by elite power brokers to obtain psychic information in the Orphic Circle. In an amazing discovery in their research together, Gigi and DJ traces her lineage back to the Secret Radlab and Theosophical Society through her 19th century relative Professor Hiram Corson of Cornell University and a close associate of Russian Mystic Helena Blavatsky. They also discovered Physicist Dale Corson in her family tree who was the Presidnet of Cornell and an associate with former SS Rocket Scientist Werner Von Braun in the early version of the US Space Program called NACA. 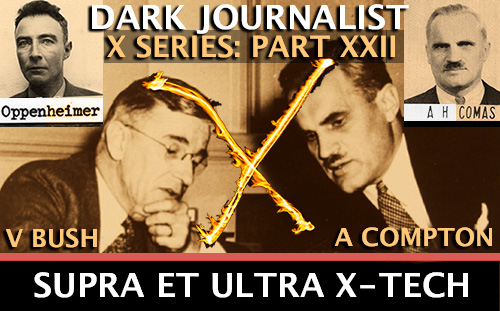 Dark Journalist Daniel Liszt continues the groundbreaking X-SERIES that follows the X Steganography through the history of Political and Covert groups coordinating in a Stealth fashion the Secret work of the Mystery Schools X Technology. In this special episode we will look at the early influence of the covert RadLab and top Nobel Prize winning Scientists like Arthur Compton and his brother Karl. These scientists helped develop a secret technology and designed it to be concealed inside the UFO File for maximum security. The President of New Energy Movement Susan Manewich will help unravel the unusual energy components and properties from which this technology was created. 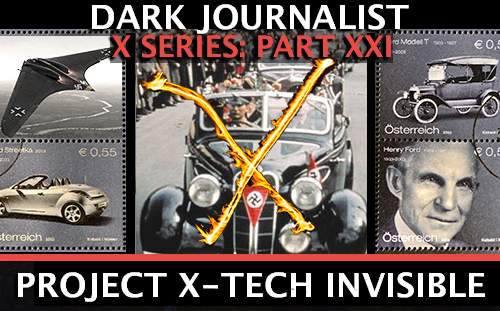 Dark Journalist Daniel Liszt continues the groundbreaking X-SERIES that follows the X Steganography through the history of Political and Covert groups coordinating in a Stealth fashion the Secret work of the Mystery Schools X Technology. In this special episode we will look at the early influence of American Inventor and Business Icon Henry Ford and his early access to the X Technology and association with German Secret Societies. 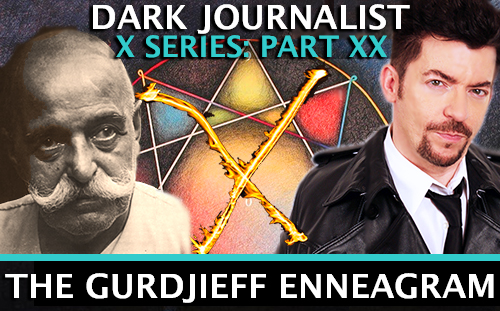 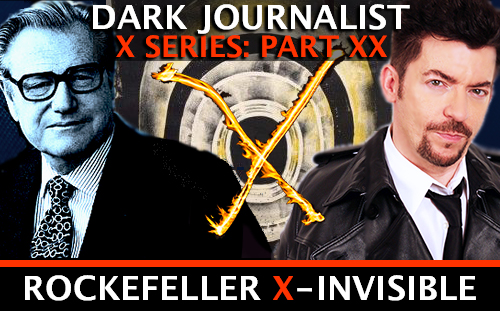 In this special episode Dark Journalist explores the deep connections between the inter-generational financial elite and hidden advanced X Technology. He investigates the strategic political moves of Nelson Rockefeller who rose in political prominence to become the unelected Vice President of the United States and the heir apparent to the Presidency before his untimely death of a heart attack in 1979. 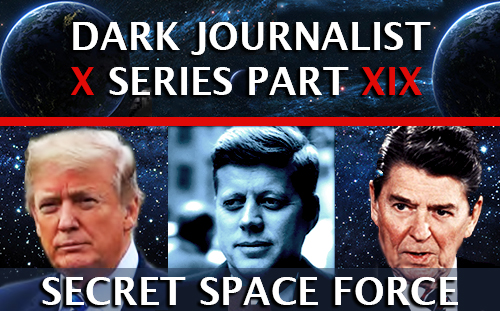 In this special X Series episode Dark Journalist will unravel the covert programs that use a secret system of finance for the Black Budget and have diverted them into a massive Space Infrastructure project over several decades. He'll dive deep into the role of 3 different Presidents, JFK, Reagan and Trump that have tried to control this Continuity of Government group that constitute an extra-constitutional, unelected Deep State Government. 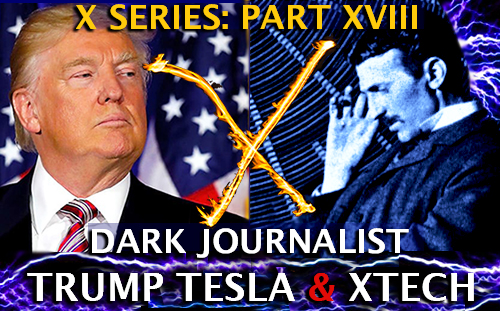 Dark Journalist goes deeper than ever before into the startling connection between Inventor Nikola Tesla, President Donald Trump's Uncle MIT Professor John Trump and the Secret X Technology held by the Covert Wing of the National Security State. Dark Journalist has uncovered fascinating information that includes the verified fact that Vannevar Bush, the Scientist who headed up the US Office of Scientific Research and Development under three different Presidents and controlled the UFO File was Professor John Trump's mentor! 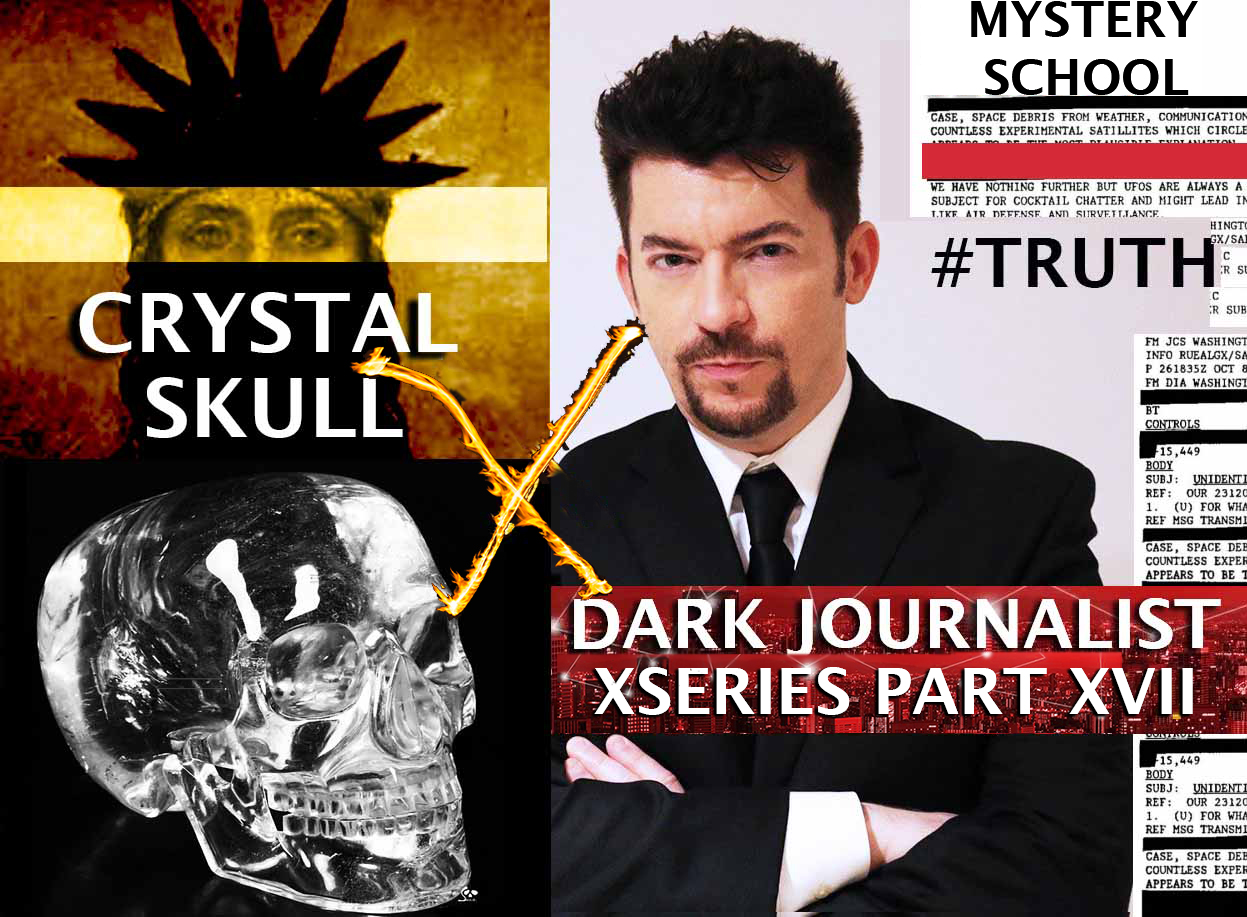 This exciting episode will trace how the enigmatic Mitchell Hedges Crystal Skull was part of a wide network of Spiritual Technology or XTech left behind by the Amilius followers in Atlantis before the final destruction. The XTech was used to shield the true believers from the Ahrimanic Priest Death Cult who were establishing their power base in the Americas through the Mayans to try to capture humanity and keep them trapped in the dangerous Eighth Sphere realm of fantasy and Illusion. 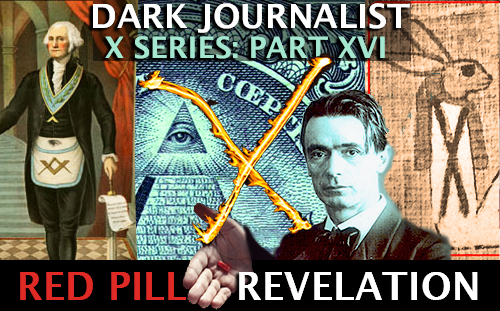 Join us on July 4th at 6PM ET as Dark Journalist goes deep into the mystery school attempt to forge a New Atlantis in North America during the American Revolution. He also explores the revelation hiding inside of Rudolf Steiner's founding of the Social Spiritual movement called Anthroposophy and his prediction of how it would rise again in the 21st Century. 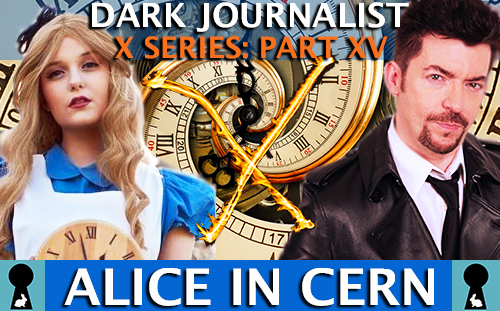 In this special episode Dark Journalist will trace the activity of the Orphic Circle Mystery School creating young clairvoyants and somnambulists to gather astral assets and state secrets. 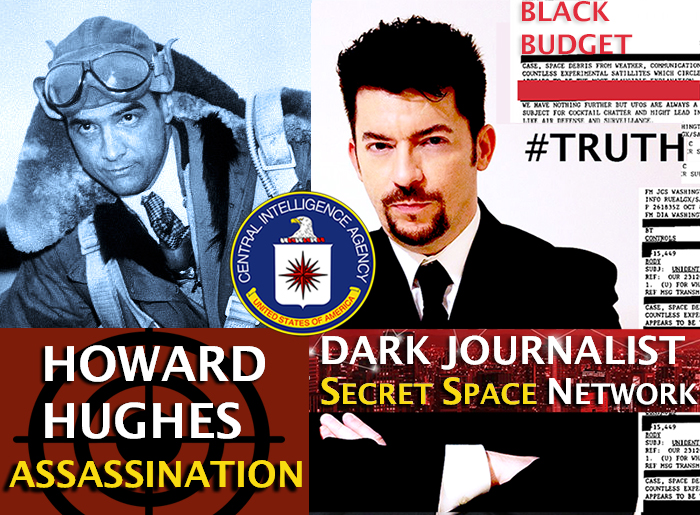 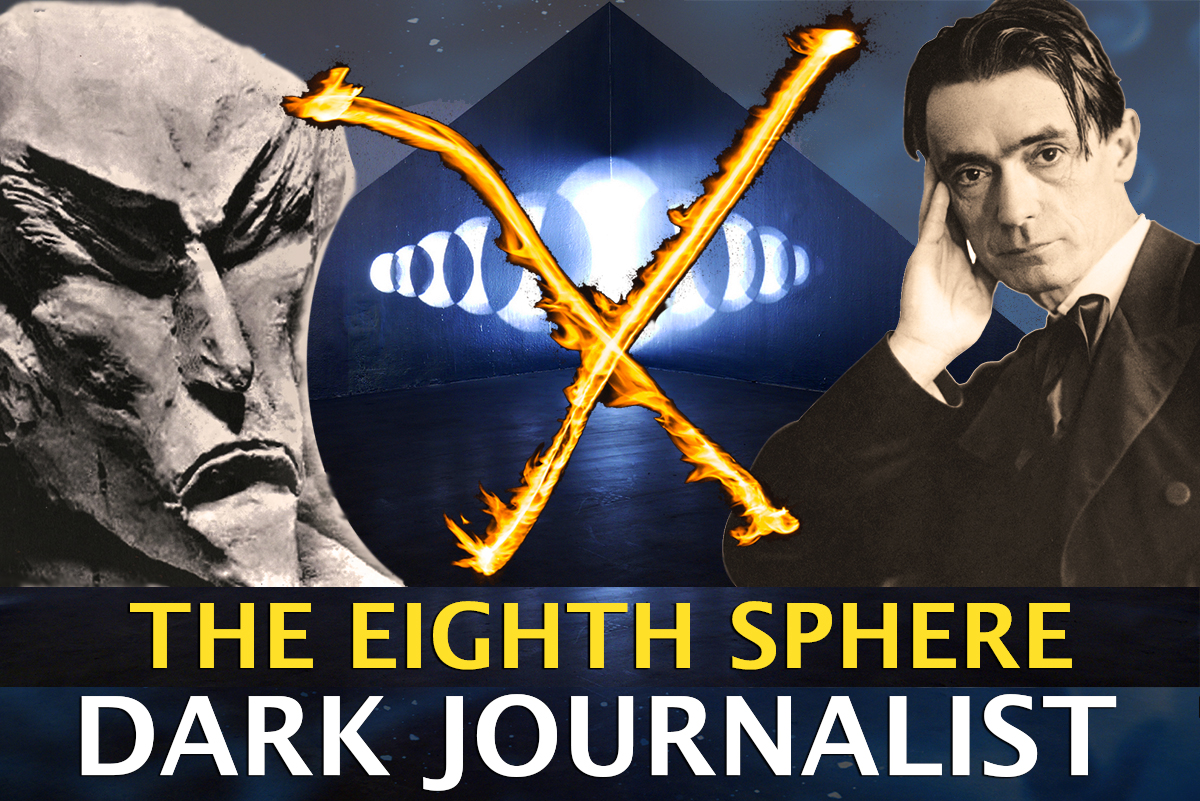 In this exciting episode Dark Journalist reveals the Rudolf Steiner Anthroposophical Mystery School concept of a shadowy astral force called Ahriman that is blocking Humanity's Spiritual Evolution by creating an illusionary and dangerous realm of perception called the Eighth Sphere. 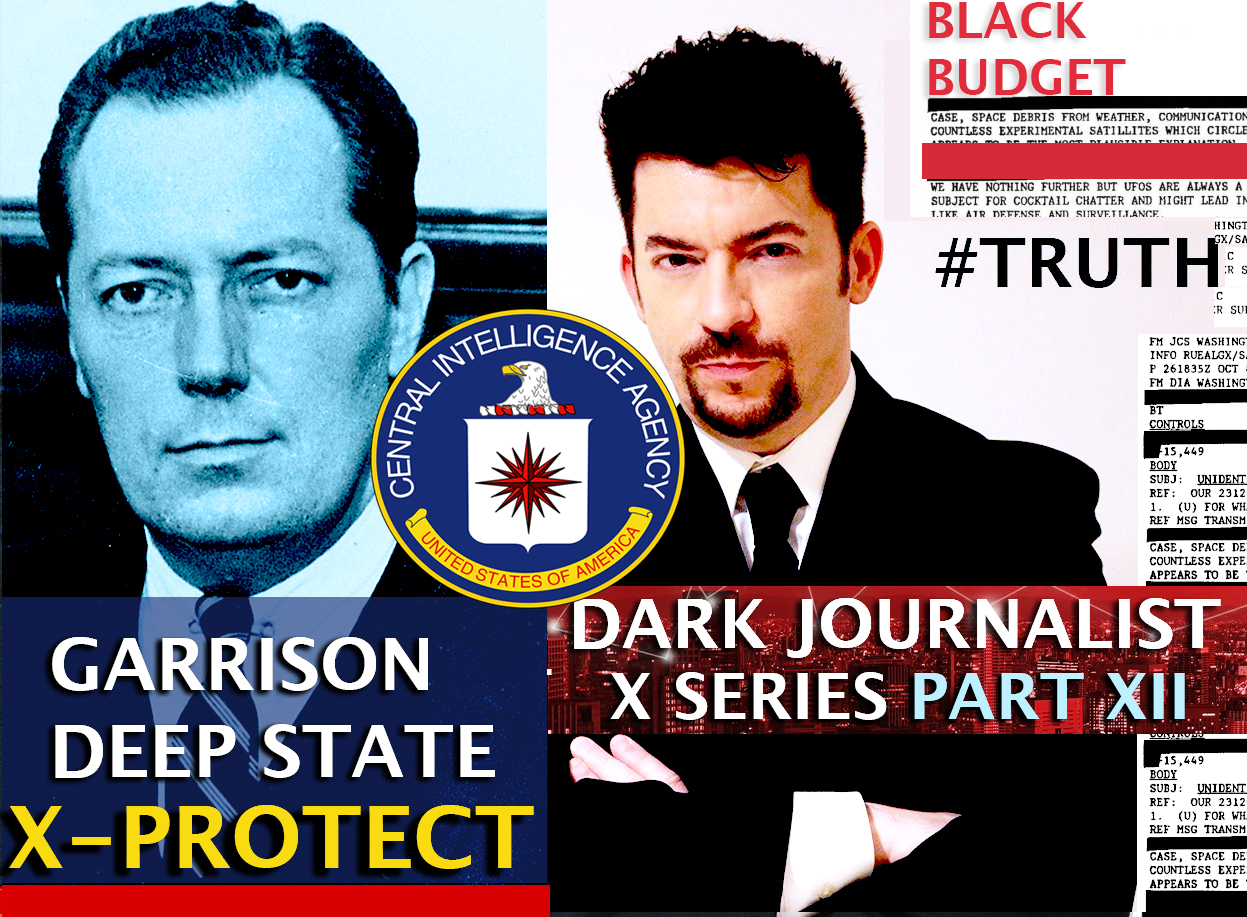 Dark Journalist unravels the forces that have put a lethal secrecy protocol in place called X-Protect to block access to the UFO File and maintain the oppressive dominance over the Covert X Technology. New Orleans District Attorney Jim Garrison pursued leads of Covert Intelligence forces in the JFK Assassination case that lead to X Protect. 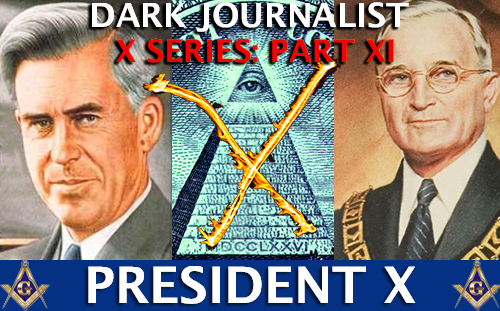 In this episode we see that the Mystery Schools saw the shadow of Scientific Materialism turning the world towards a Corporate Militaristic system and attempted to elect a Spiritual Adherent and Theosophical Insider named Henry Wallace as President. Wallace was a reformer who had risen to become FDR's Vice President. As will be revealed in this episode he was also a member of the Halcyon Temple movement along with the Varian Brothers of Silicon Valley. 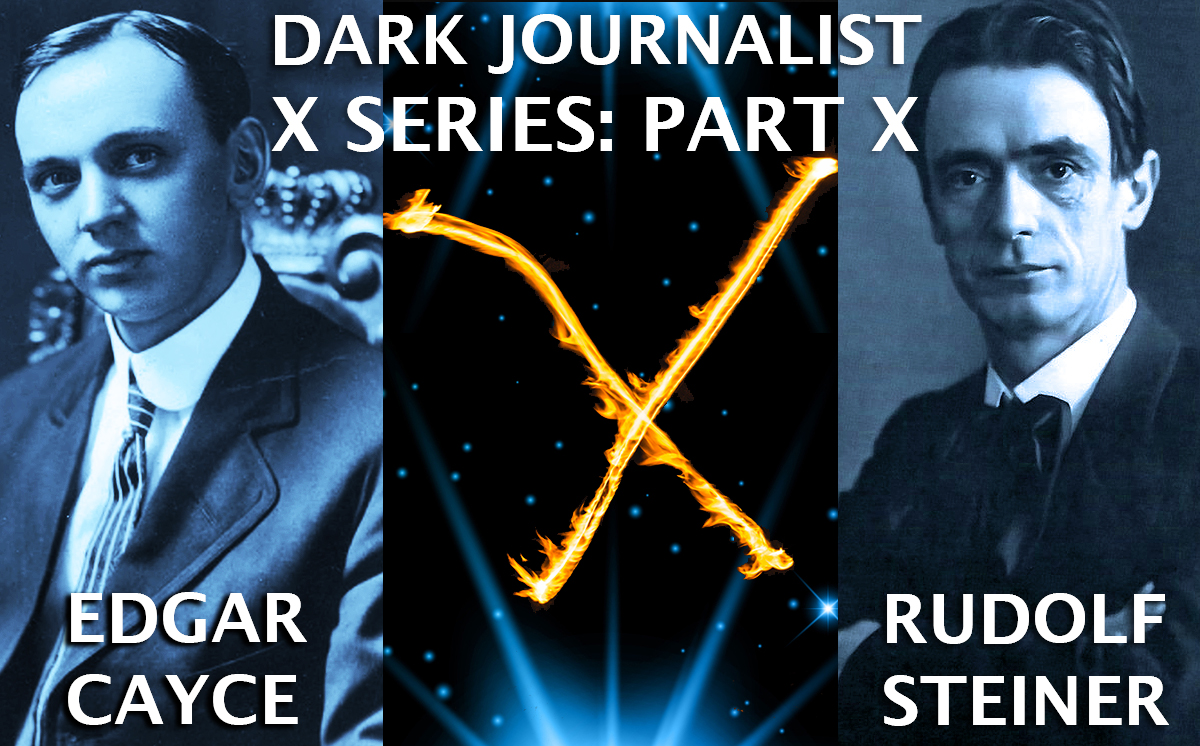 In this special part 2 of 2, Dark Journalist leads us through the deep secrecy that the Mystery Schools maintained in the face of Scientific Materialism and a Covert Political Power System. Leaders of Esoteric new thought like Anthroposophist Rudolf Steiner and Sleeping Prophet Edgar Cayce saw the threat embedded in the rise of destructive technology and Ahrimanic Forces that mirrored closley how humanity had destroyed itself in Ancient Atlantis. 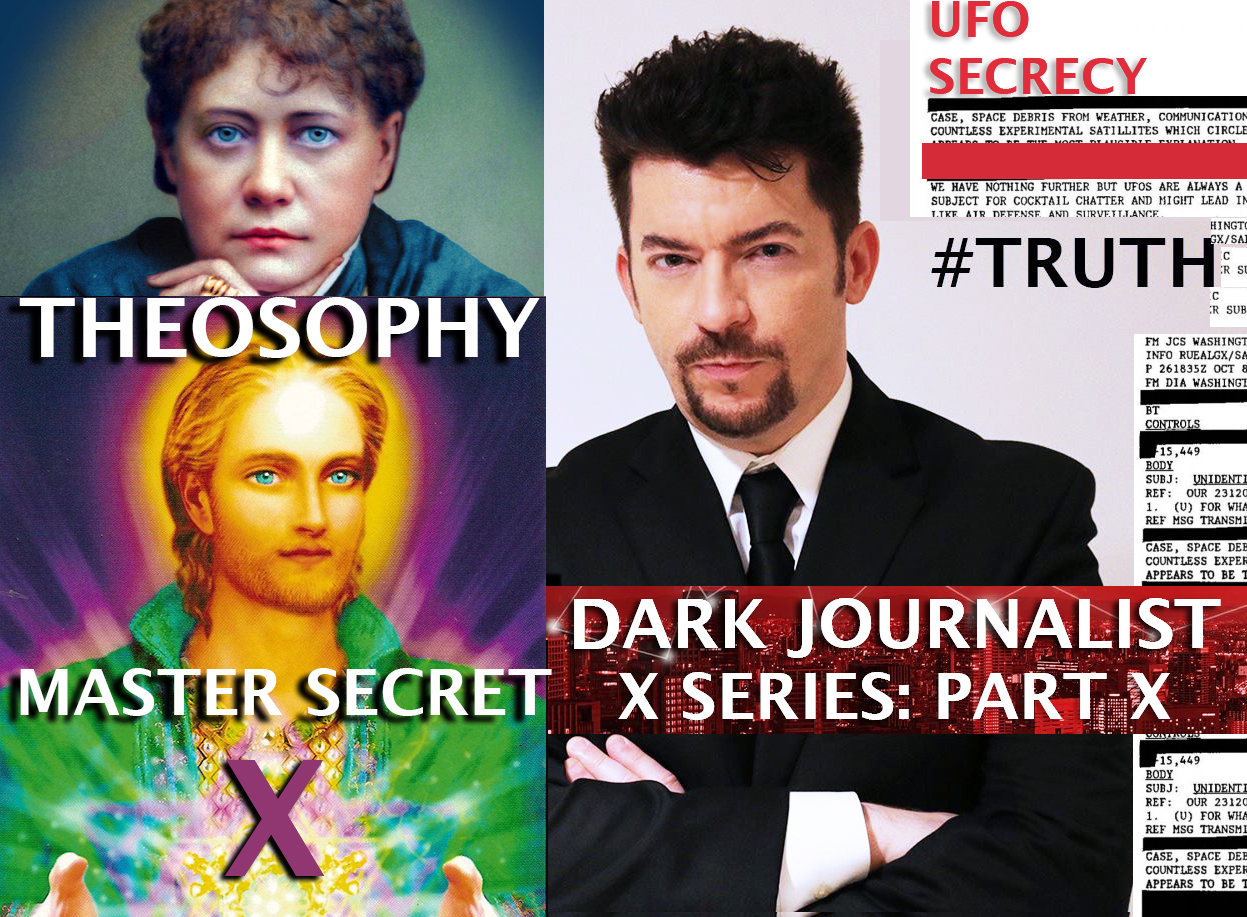 Dark Journalist connects the dots from the secrets of alchemy to the process of camouflaging the UFO File, the Development of the CERN Hadron Particle Collider and a Theosphical influence via Master Hilarion on top Scientists at the Rad Lab at MIT including the Varian Brothers, Vannevar Bush & President Trump's Uncle Professor John Trump who reviewed Tesla's Papers. 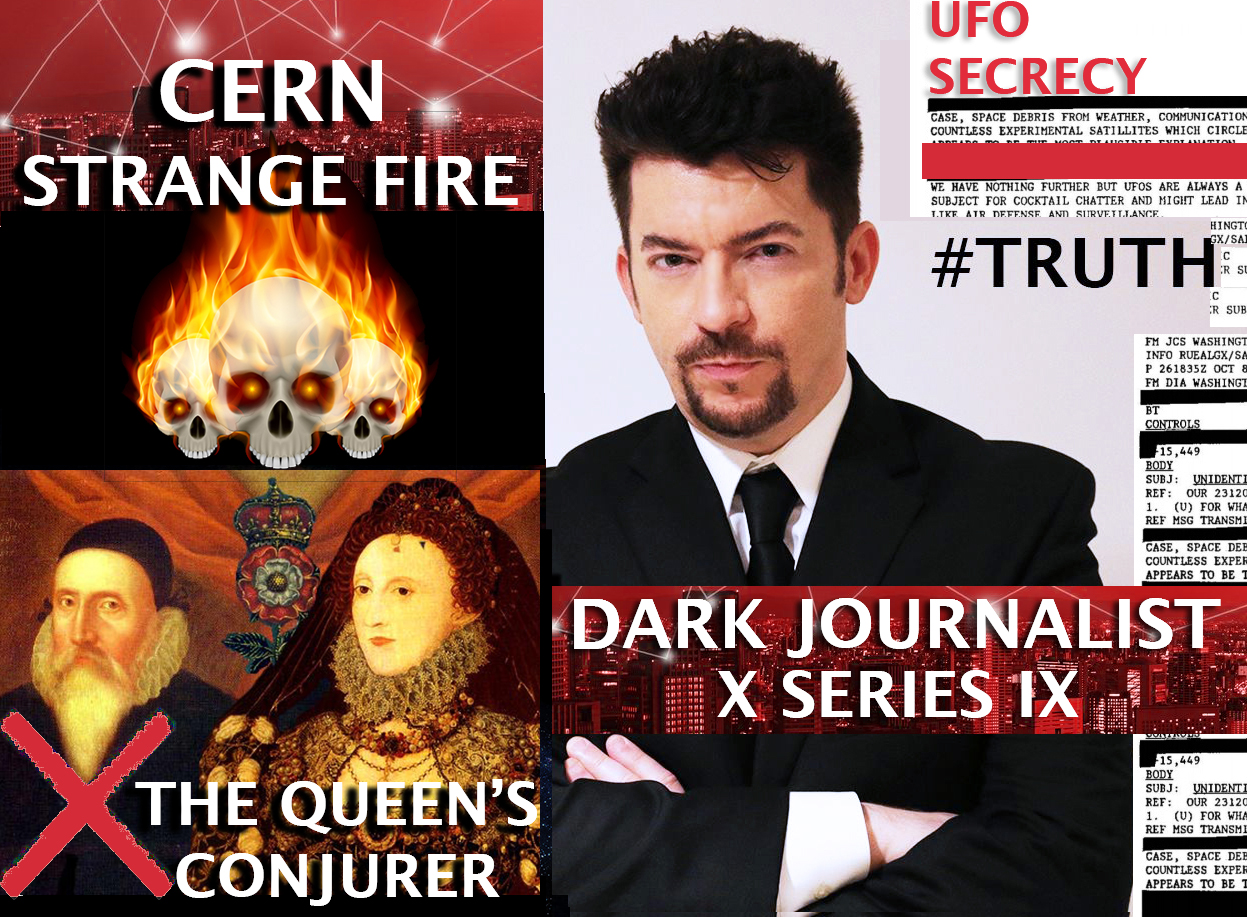 In this explosive Part 9 episode, he looks at the links to symbolic references to 'Strange Fire' as a reference to the misuse of the X Technology. He tracks the mysterious life of the Queen's Conjurer John Dee who was an adept level esotericist who guided the reign of Queen Elizabeth I and was the inspiration for Prospero in ShakeSpeare's' the Tempest. 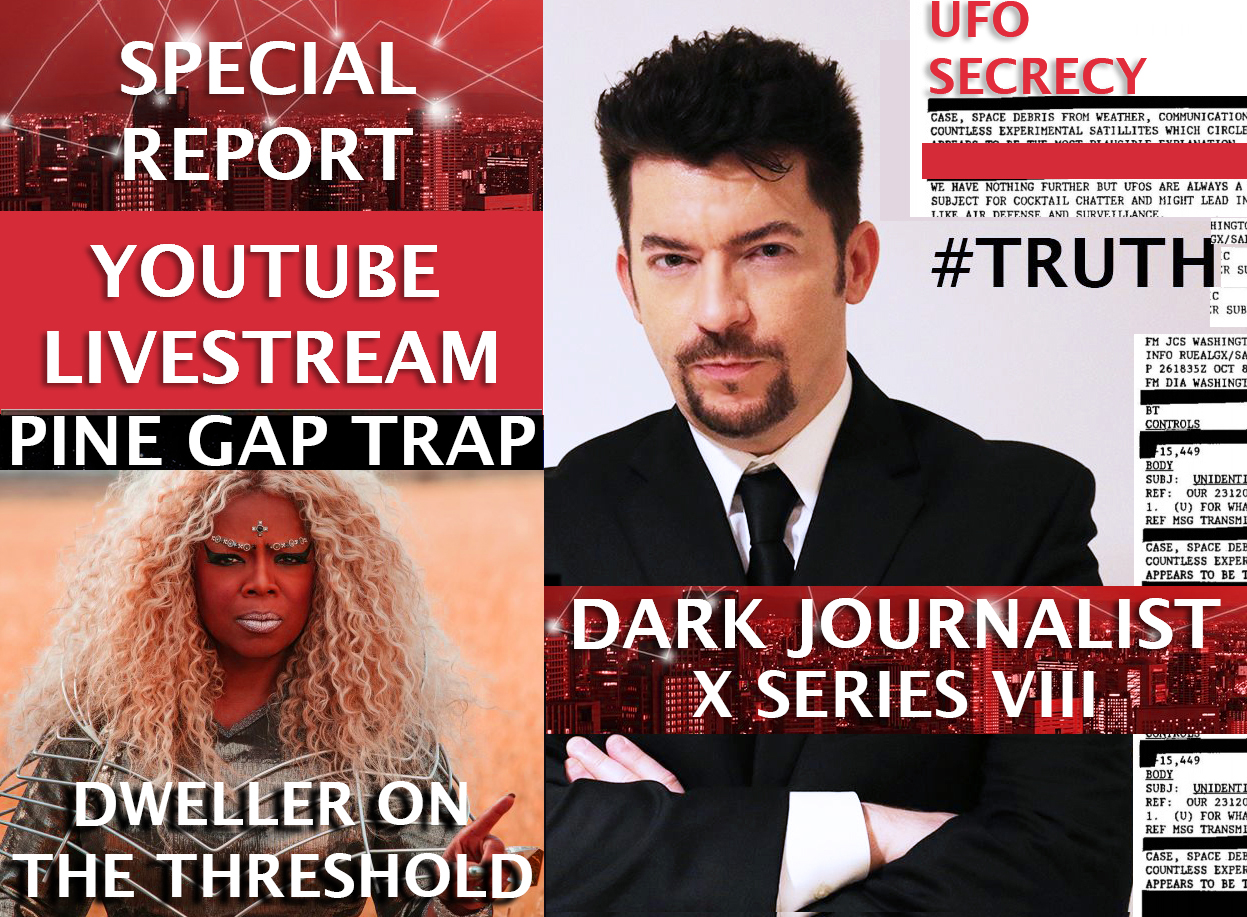 In this special part 8 episode Dark Journalist will go deep into the secret US Intel base in Australian called Pine Gap that has been shrouded in mystery since its development in 1966. He also examines the roots of mystery school influence in moving the X technologies through the system in a stealth manner and the connection of Psychic Jeane Dixon to the US Presidency and Masonic Secrets including the Time Capsule placed at the Base of the Mysterious DC Obelisk from Egypt. 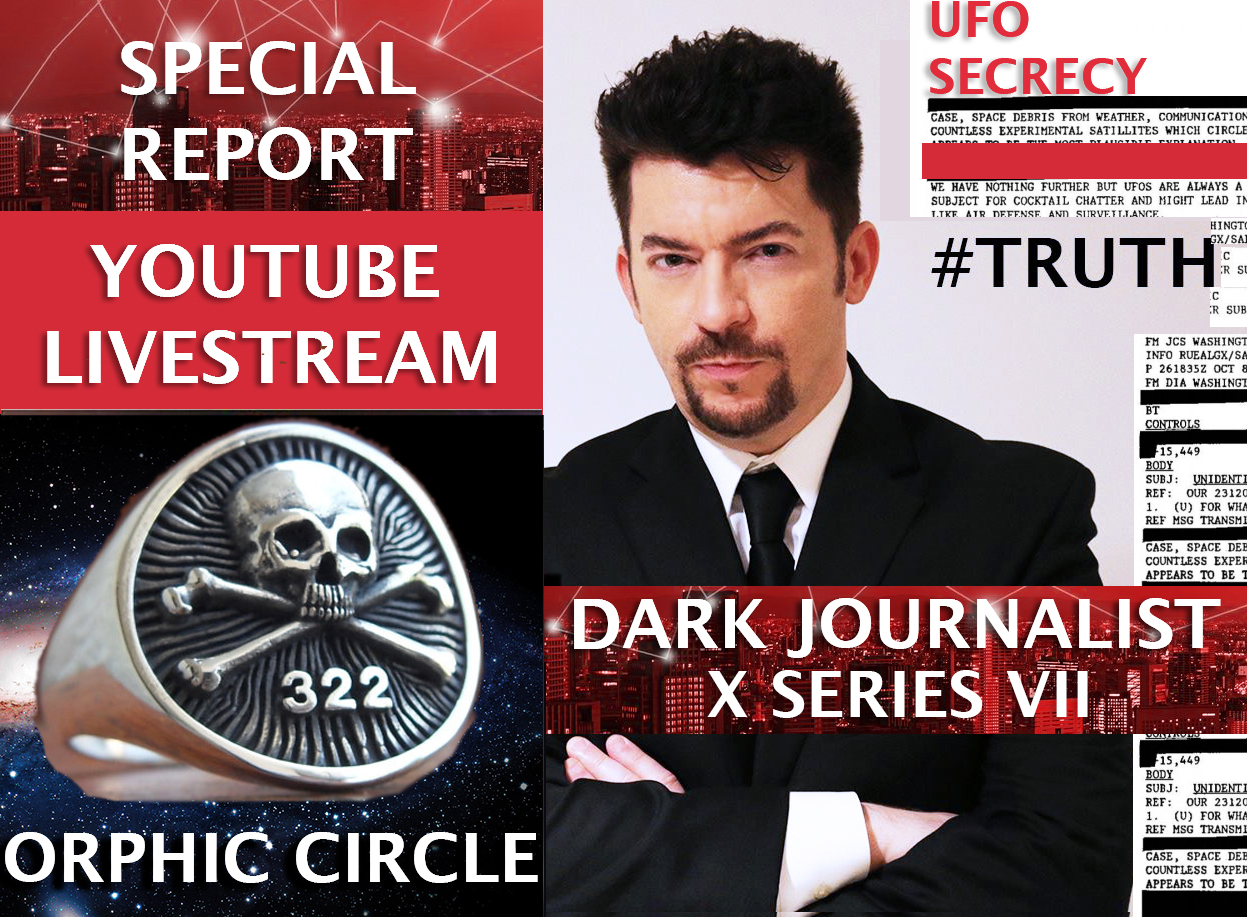 Dark Journalist examines an obscure English Occult Group called The Orphic Circle that featured many prominent figures and searched for vessels of Somnambulist contact with higher intelligence. Offshoots of these groups form fascinating links to Yale Secret Society 'Skull and Bones' that the Bush political family and CIA leaders are deeply connected with. DJ will reveal what the '322' in the Skull and Bones logo represents. Featuring Dr. Joseph Farrell. 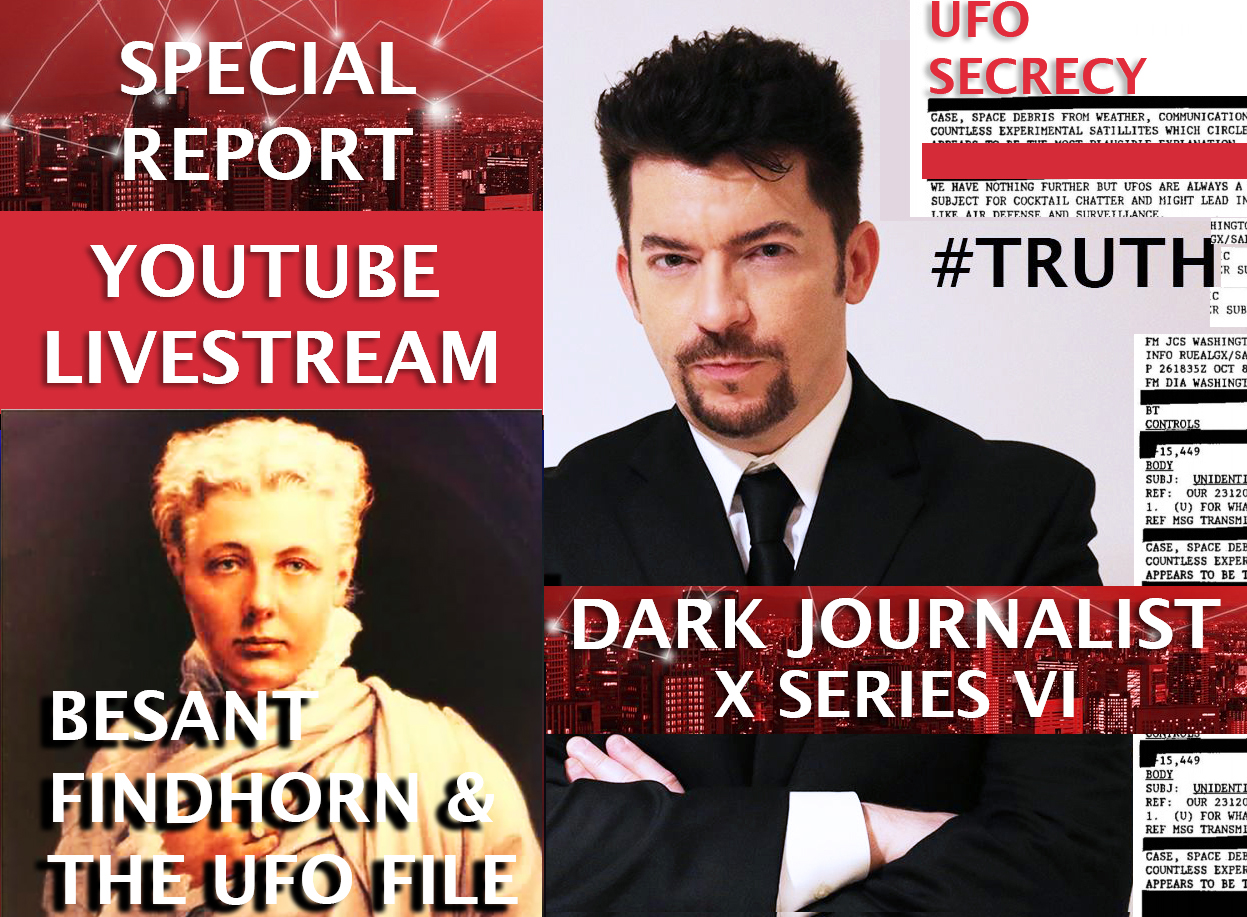 In the 6th installment of the X Series DJ discovers stunning links between the early airship inventors and secret societies that are working for both positive and negative outcomes. He follows the work of John Keely and Nikola Tesla and how Annie Besant, the leader of the Theosophical Society had tried to protect and hide the amazing technology they discovered relating to air travel and how this will eventually become a crucial aspect of the UFO File. 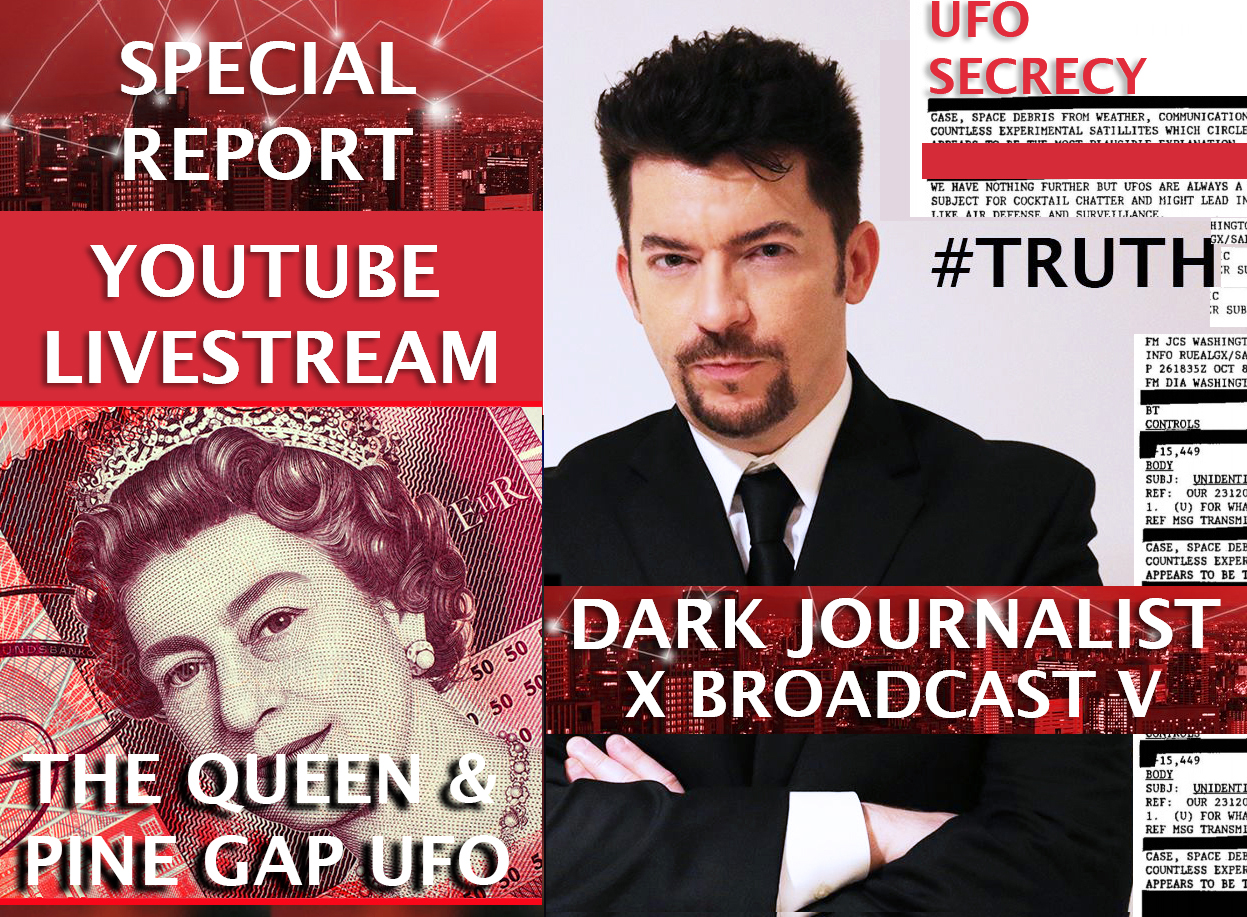 Dark Journalist examines the efforts on behalf of Queen Elizabeth and the Royal House to access the explosive information in the UFO File buried deep in experimental test bases like Pine Gap Joint Defense Facility and Area 51. He will also explore the strange experience of the Queens advisor and Senior Royal Air Force commander Sir Peter Horsley who was contacted by a mysterious visitor named Mr. Janus that knew extraordinary details about UK Military Secrets and who Horsley concluded was an extraterrestrial. 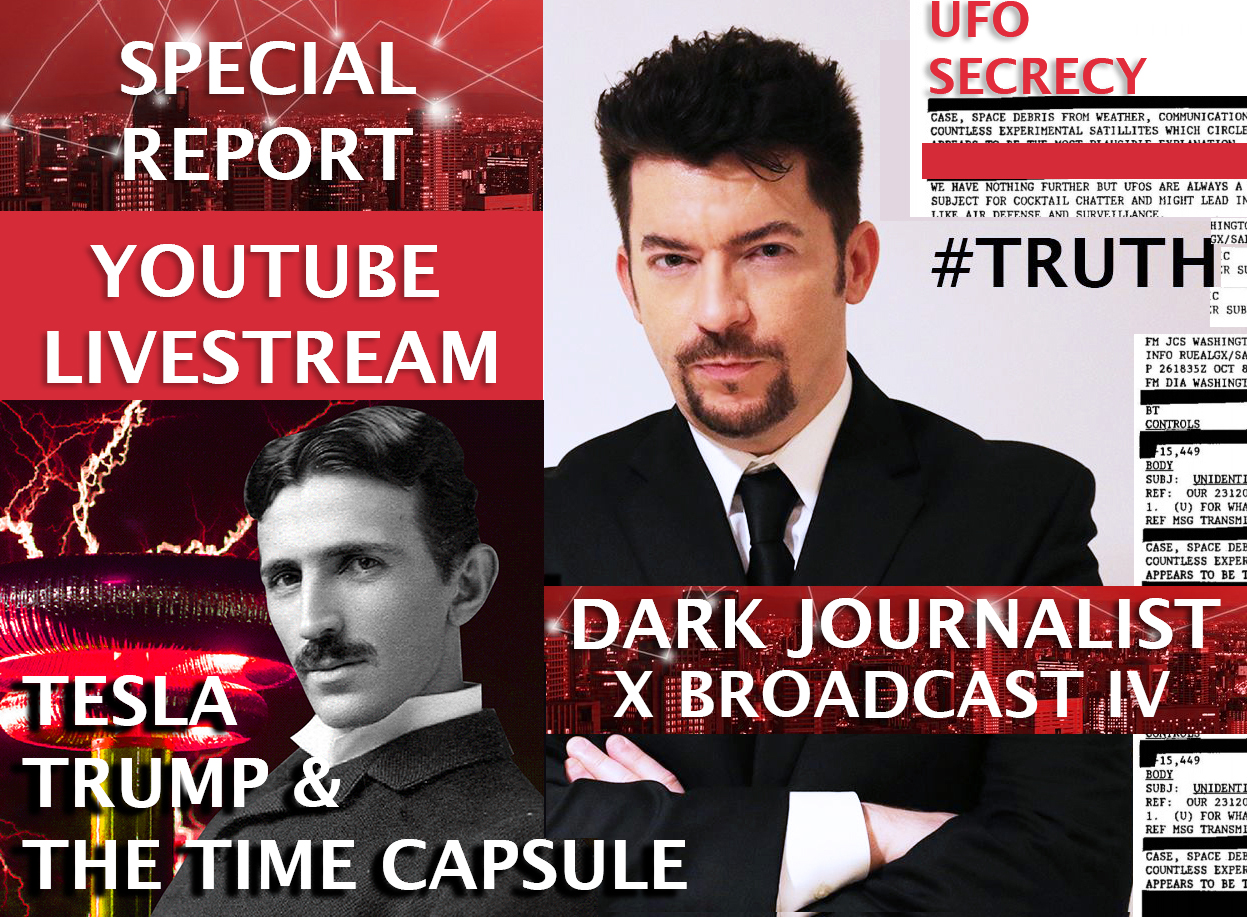 Dark Journalist goes deep in this Breakthrough Episode into the X message through history and the startling connection between Inventor Nikola Tesla, President Donald Trump and Former President Nixon's Time Capsule preserved in the White House. He connects the dots between Exotic UFO Technology and black programs inside the covert wing of the National Security State. 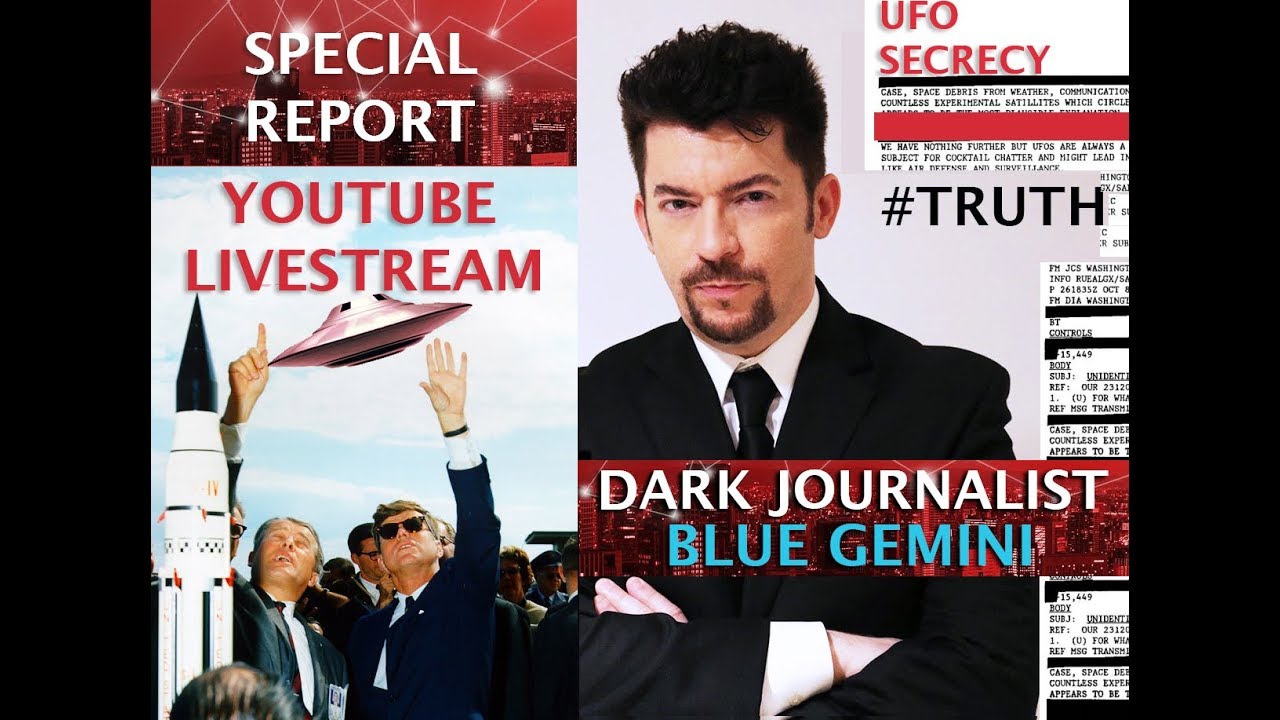 Dark Journalist goes deeper than ever before on the secret code messaging of 'X' as a descriptor of Exotic UFO Technology moving through various Departments of Federal Agencies. He will look specifically at the Pine Gap Listening Station and Experimental Aircraft Base known as Australia's Area 51 and the Early UFO Recon Project known as 'Blue Gemini' which was run by Ex-Nazi Rocket Scientist Werner Von Braun and was shut down by President John F Kennedy in a power struggle with the Deep State. He will be joined by Secret Space Author Walter Bosley. 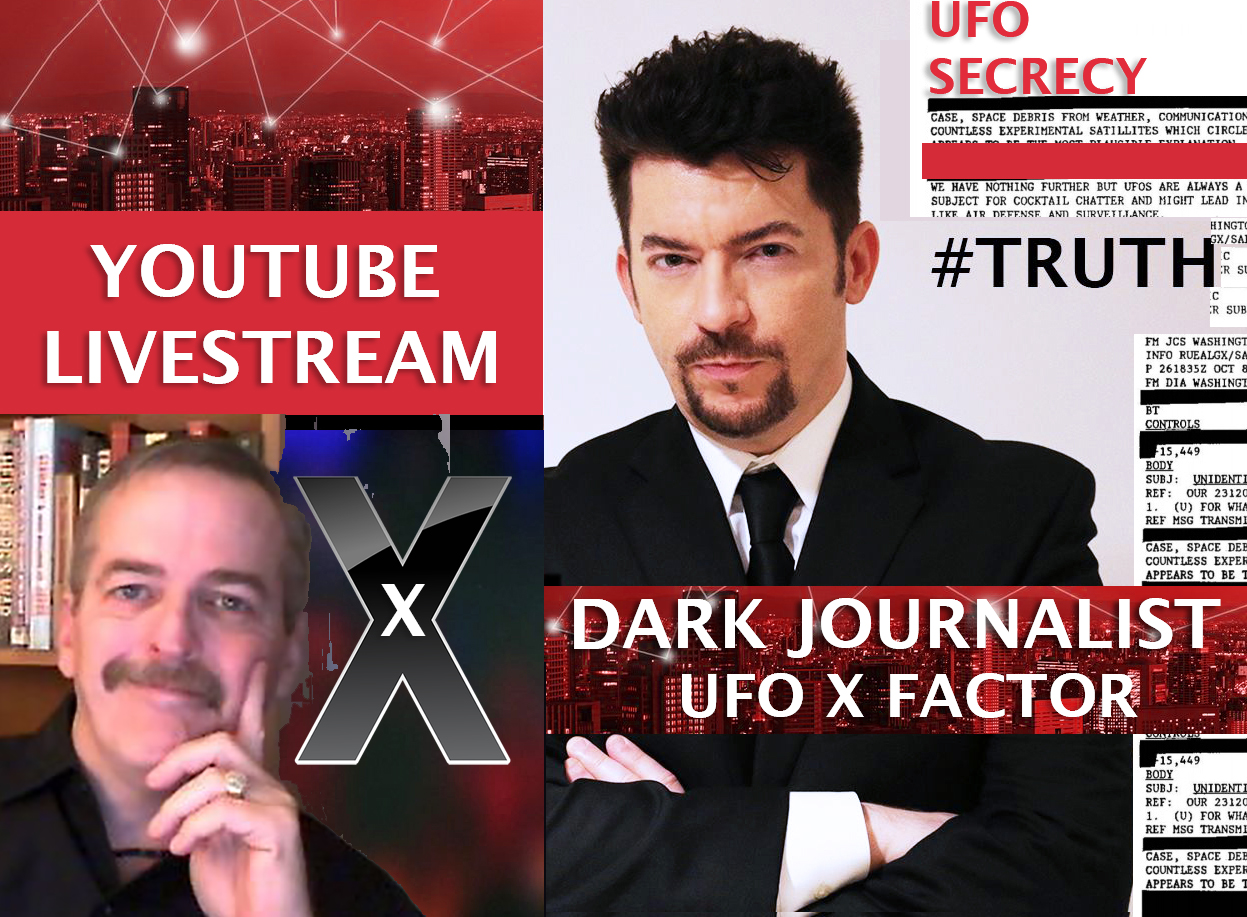 Dark Journalist and Dr. Joseph Farrell will take a deep look at the X Technology of UFOs that can be documented from the German Space Rockets through to the Secret Space Program and Commercial Privatization of the emerging Space Economy in the USA. He will also discuss the latest updates on Nixon's Time Capsule and the Nixon Letter from 1987 to President Trump along with rare Photos of them together that are linked to Time Capsule Revelations. 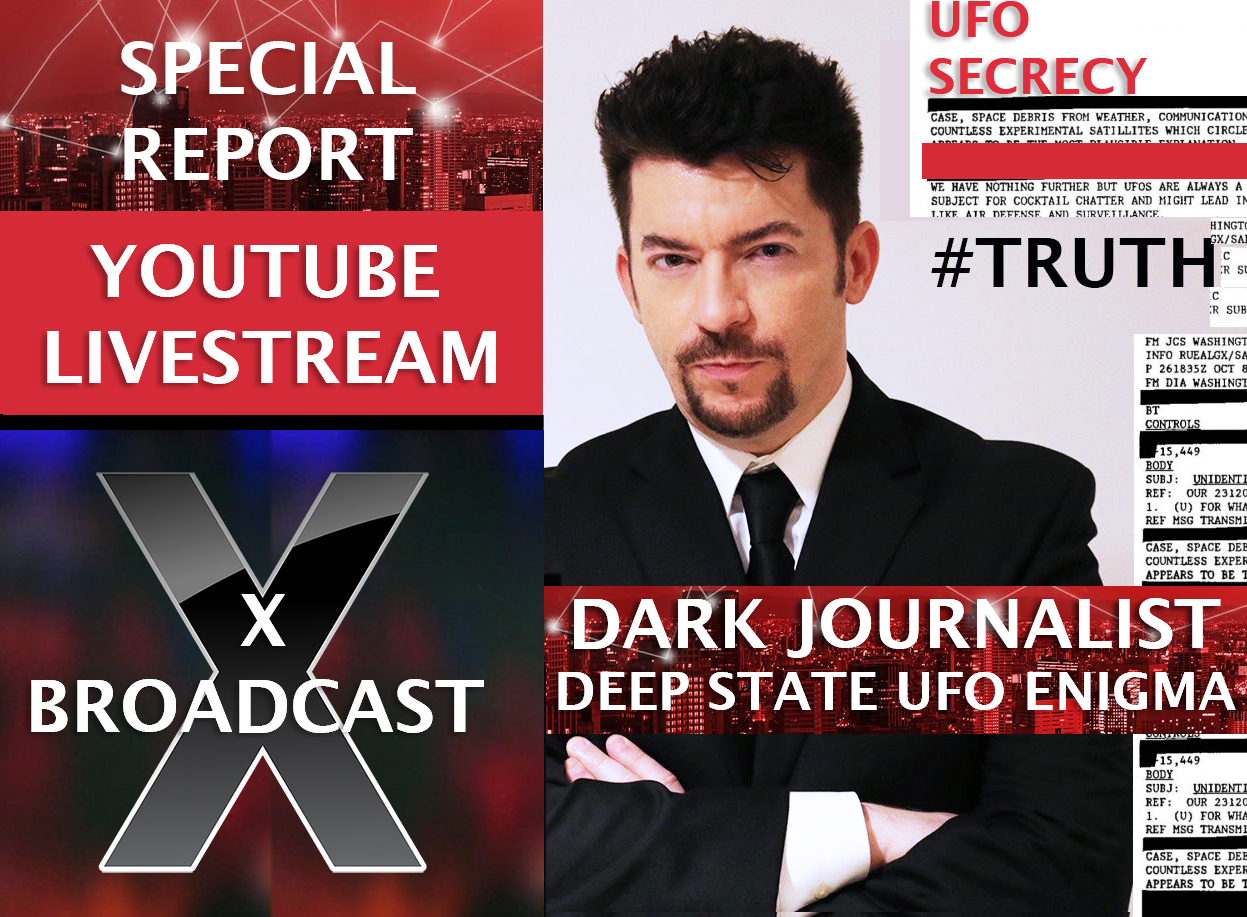 Dark Journalist Daniel Liszt presents the groundbreaking X-SERIES that follows the X Steganography through the history of Political and Covert groups coordinating in a Stealth fashion the Secret work of the Mystery Schools X Technology. In this debut episode he will go deep into the mystery of Secret Documents and Stealth Archives that are coming to light regarding Deep State management of the UFO Enigma for over 70 years! These include: President Johnson's secret X Letter saved at the LBJ Library until 2023. President Eisenhower's Project X Time Capsule to be opened in 2053 and President Nixon's Time Capsule hidden in the White House that according to Inside sources contains UFO Disclosure.

Become a Member of Dark Journalist 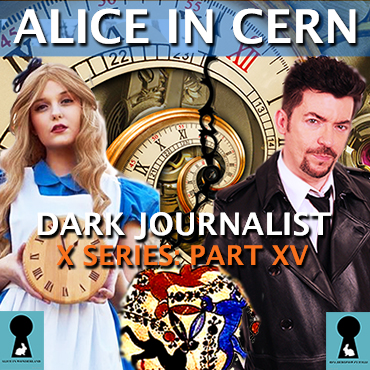 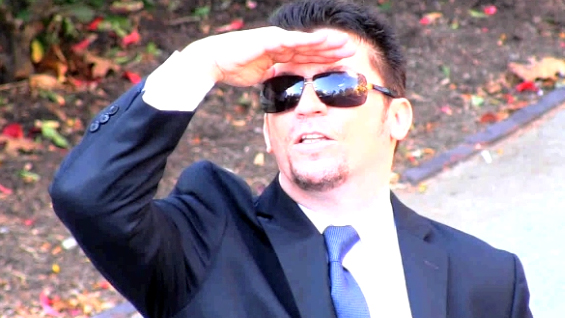 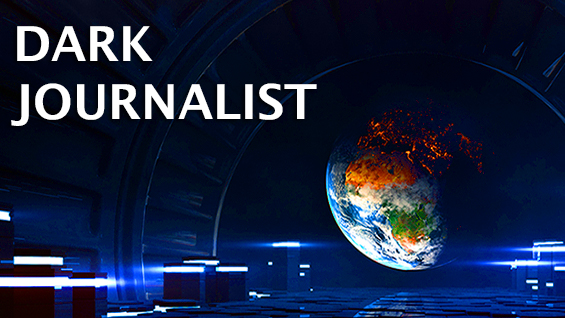